The Booster Release Ejector is designed to generate vacuum with the lowest air consumption possible. The integrated solenoid valve links off the air flow from the primary nozzle into the vacuum port. It results in an extremely fast Blow-off supported by the flow from the ejector, solenoid valve and air withdrawn from the exhaust.When the vacuum level in the suction cup approaches the atmospheric pressure, the Blow-off flow is successively reduced and releases the work piece gently and with accuracy.The invention is patented by AVAC. The small dimensions and low weight makes the ejector suitable for robot applications.

A common solution is to place the ejector in a central position outside the vacuum tooling system with several suction cups. This makes it necessary to use relatively large dimensions on the tubes for the vacuum supply to the suction cups in order to avoid excessive resistance.The result is unnecessarily large volumes to evacuate causing increased energy costs and time delays. With one common Blow-off signal, sent to all suction cups, it is a risk that one suction cup is released before which creates a pressure drop in all other suction cups.There is a risk that details can be thrown out uncontrolled. Also a single Booster Release ejector can be used centrally mounted for several suction cups if the capacity to generate vacuum and Blow-off is sufficient.

All Booster Release ejector releases the work piece equally and simultaneously and there is no risk that the work piece may be hanging on one end or being released uneven. Another advantage is that the ejector can be used as a suction cup holder. The small dimensions and the low weight of the ejector have very little impact on handling capacity. From a centrally located solenoid valve outside the vacuum tooling system a tube of small dimension for the compressed air is installed to the vacuum tooling system and is distributed to the Booster Release ejectors. An electricity cable is drawn up centrally to vacuum tooling system where it is distributed to all solenoid valves of the ejectors 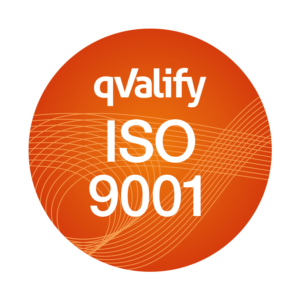